Java is one of the most popular programming languages in the world of the IT industry. Java developers are in the steady race to upgrade their skills. A java developer is computer software that integrates Java programming language into the development of computer applications, web development, and other things requirement needed at both client and server sides. A Java developer is in charge of designing, developing, and maintaining Java-based programs.

Let us take a glimpse at the Java developer skills which help them skyrocket their career:

2- additional language or technology: different frameworks and languages solve different programming tasks, DevSkiller is a developer screening platform that reveals additional technologies. In addition to the language, developers work in a specific environment. The most popular Java skills include Selenium, Android, Spring or Spring Boot, etc.

3- Spring Framework 5: The spring framework is used for building Java applications. This framework is similar to a library with a small exception. Using this library, one can simply create an object of classes, call the method and achieve an accurate result. Spring deviates from tight connectivity and uses annotations for this reason. This is based on the model view controller framework, which separates operation, business, and representation layers.

Also Read :   Should You Get a Master's Degree? 6 Things to Consider

4- Android+Kotlin: Many Java developers start developing mobile apps by eliminating the web development phase. Knowledge of Kotlin to develop android applications helps in standing out from the competition. Android platform is moving to Kotlin, which is a modified Java language.

5- Unit testing: as the application grows, this become important to maintain the same and write automated tests, which include unit and integration tests that require launching applications. In Java, the deployment and assembly of applications are not fast. The framework speeds up the writing of automated tests and offers an easy syntax, and provides one with immediate feedback on passed tests. Tools with Junit promote the idea of testing the first approach, which increases the productivity and stability of the codebase.

6- Principle of SOLID: object-oriented programing has brought a different approach to application design.

A full-stack web developer must also have the skills of a Java course. If you wish to join a team of Java experts to boost your skills, it is important to check your expertise. This helps in building quality working processes and also helps one in developing technical skills. 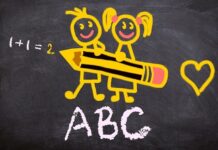 10 Ways To Get Your Child Excited About School 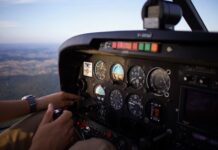 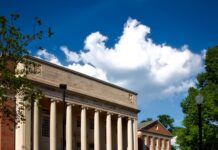 7 Things to Consider Before Choosing a College

How Long Is Bread Considered Fresh?

How to choose the best liposuction surgeon?

How to Choose the Right Storage Boxes for Your Storage Units

How to Keep Kids Interested in Academics During the Summer