Eating right to lose weight is the only way you can hope to lose fat. Exercising doesn’t help you burn more calories, it helps to keep you strong and physically active.

For all those who don’t know about the groundbreaking research by Herman Pontzer presented in his book, Burn, the truth is going to change everything.

Until now, we’ve all been thinking about our body’s metabolic process wrong.

The book, based on the longitudinal research conducted by the author himself along with his team, proves clearly that we’ve been fed facts that had non-conclusive evidence behind them.

The idea of ‘boosting metabolism’ and somehow increasing the number of calories we burn at rest to reduce fat is ultimately incredibly misleading if not all wrong.

Let’s get into the details and look at the findings ourselves:

How We Thought We Burned Calories

That much is understandable. When it comes to metabolism, the definition still remains as the process through which our bodies convert the food we eat and drink into energy.

If there isn’t enough energy produced, or the calories consumed are in excess of the possible use, these calories get stored in the body as fat that accumulates in various areas of our bodies.

Also Read :   How to Start Getting Into Weight Lifting

This much is still true, as per Herman Pontzer. The main crux of his research focused on the question of whether the way we’re approaching the idea of ‘burning fat’ is even correct.

Obviously, we understand that this fat accumulation requires rigorous calorie burnout that will involve somehow ‘increasing our metabolism’ to get our body to produce more energy and spend it somewhere, for example, exercise.

Suffice it to say, when someone says that you should work out in order to burn more calories and lose fat, we automatically nod our heads in agreement, right?

That’s exactly where we’re all wrong. Cleansing your diet is the only way you can lose weight.

How Research Proved We Burn Calories

Herman Pontzer, an anthropologist who went around the world studying various regions and the living conditions of the habitants, particularly their daily routines, calorie intake and consumption and overall metabolism.

It’s crucial to note that this research was based on testing the presumption that exercising more leads to a heftier amount of calories burnt.

That said, Herman made sure to involve in his research specific regions and areas where tribesmen were to be found living a life of the old ages, particularly active in their daily routines and performing extraordinary amounts of labor regularly.

With over 6,600 people studied for their average calorie burnout in over 26 countries, Herman and his team studied several groups of people who were anywhere from 1-week old or in their 95th year.

What was shocking was the finding that compared with the couch potato average American stuck inside their house, all these tribesmen and other physically active individuals weren’t burning that many more calories.

Also Read :   5 Tips & Tricks for Increasing Your Fitness Client Base

This finding basically proves what Herman refers to as Metabolic Adaptation to Physical Activity in Adult Humans, i.e. the idea that our metabolism adapts to the change in activity and ends up accommodating calories it would burn somewhere else, towards physical activities that help in reducing inflammation.

What This Means For Weight Loss Goals

While Herman isn’t saying exercising is bad or useless, he does point out the significant truth that exercising doesn’t mean you’re burning more calories.

Inevitably, no matter what you do, your body is going to continue burning the same amount of calories in the long term.

Sure, the spike in the calorie burnout rate after you perform an intense session might seem appealing.

However, in the long run, your metabolism will adapt to this and you won’t be burning more calories than you would be if you were staying home.

So, does this mean that exercising won’t help you lose weight?

Yes. Exercise won’t help you lose weight, but it will help you get a leaner physique by toning your muscles and bringing about a shredded physique.

Moreover, exercise will inevitably help reduce inflammation which is a required phenomenon by the body in order to protect itself from diseases.

To lose weight, a healthy diet that doesn’t consist of bad foods will help. You can’t change the way your metabolism works, regardless of what you do. It’s way more complicated than that.

The only thing that affects metabolism is age. But even that doesn’t happen as people might assume. For example, people think that the time when they could eat anything and not store fat was during their teenage years.

Also Read :   Tips for Maintaining Your Fitness Routine When You Have Joint Pain

Whereas, research shows that infants have the highest metabolic rate in the human lifespan.

How Do I Lose Weight?

A healthy diet that consists of healthy nutrients and fewer total calories is the only way you can rely on to lose weight.

Ensuring that your body isn’t taking in larger sums of calories than it can burn will get your body to run on fats eventually.

However, this doesn’t mean that you should go on a crash diet or starve yourself just to get a calorie deficit.

Make healthier choices on a daily basis. For example, don’t think that running a mile will nullify the calories you take in with a donut.

Similarly, a jog in the morning won’t give you the luxury of eating a pastry the night before.

You need to adopt a healthy diet that lasts and continues for substantially long periods in order to see real results.

Ann Edwards is the fully qualified personal trainer from Elite sports. She has been helping people in the field of bodybuilding and fitness from more than a decade. Her career in nutrition and physical therapy has made her a fine addition for our team. 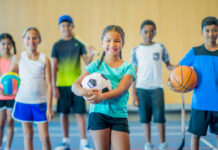 What Things to Look for in a Kids Fitness Franchise? 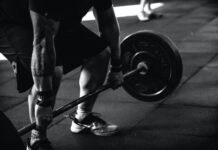 How to Start Getting Into Weight Lifting 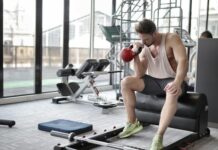 Important Factors To Do When Doing Kitchen Renovations

7 Things to Consider Before Choosing a College

Tips for Making Your Art Look As Realistic as Possible