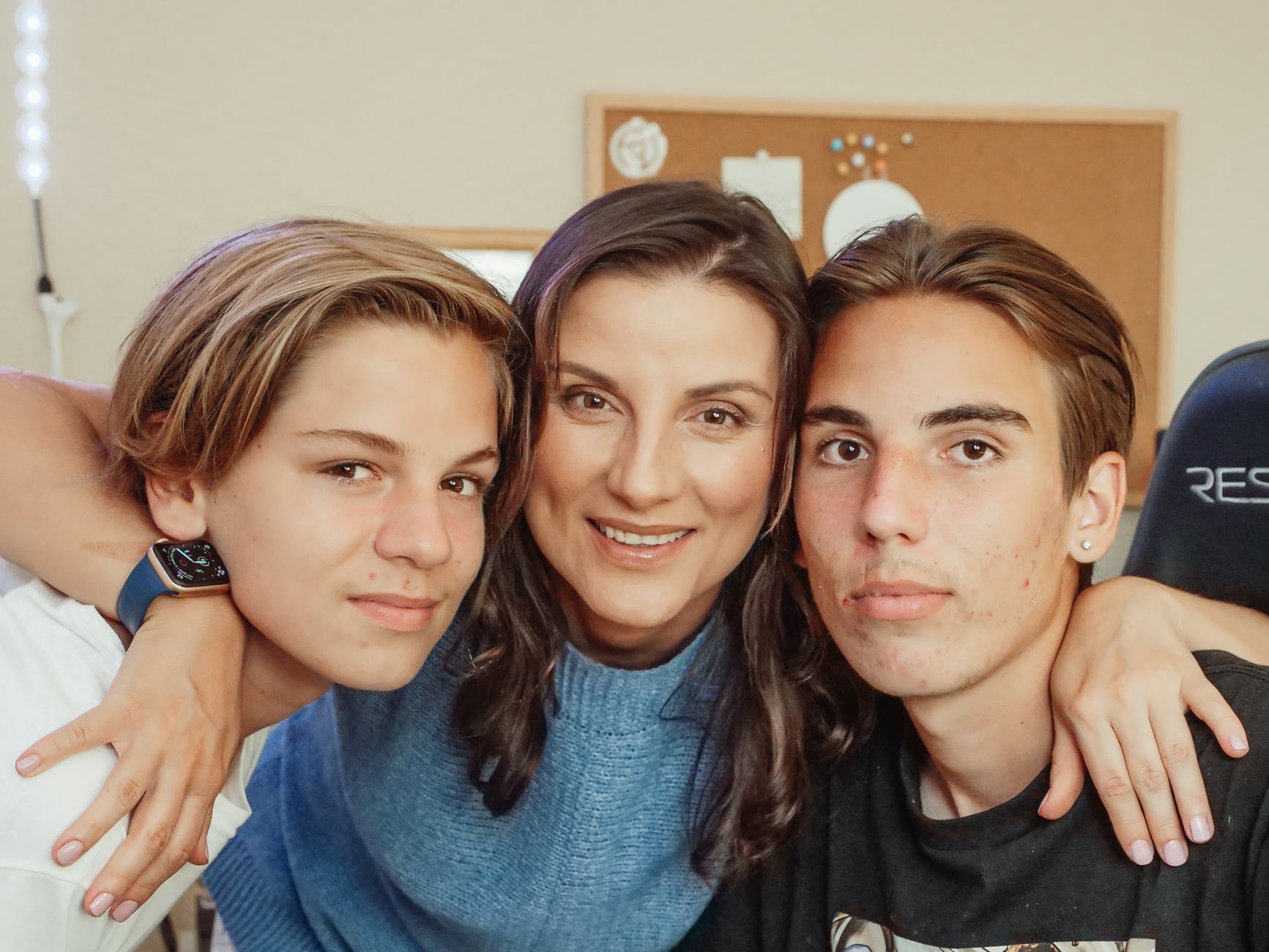 Within the significant human circle called “family” is a set of relationships that each of its members cherishes and nourishes. The parent-child relationship is one of these major bonds that is built and taken care of to the end of time. Parents treat their kids like gold, and children see their parents as the most beautiful form of love. As the little munchkins gradually grow as teenagers, parents can’t help but feel bittersweet because their babies are growing up so well, yet they also don’t want time to fly too fast.

Aging is an inevitable part of life. Mom and dad are growing old. Kids too. And it’s true that it’s a rollercoaster of emotions for parents to witness their youngsters becoming mature and capable of doing things on their own. To be specific, adolescence is that period of life. It’s that time of development when children are to discover and identify themselves. It’s a pivotal era when they’re aiming for independence. They’re learning how to do things and make decisions by themselves.

Indeed, adolescence is a crucial life phase when a lot of changes happen to children, including changes in their parent-child relationships. While some kids grow closer to their parents as they become teens, some grow distant. The latter is something that parents fear of happening; it’s something to watch out for and to responsibly deal with. While adolescence is a time of learning independence, teenagers must not be simply left on their own. Although some of them may look like they’re already full-grown men and women or may feel that way, they are still young. They are still their parents’ kids.

No matter the age, kids need healthy relationships with their parents. Adolescence being the topic of this piece, why do teenagers need them so much?

1 – They need enlightenment. Teenage years are the period of manifold changes in one’s life.

New is often unfamiliar. When you see someone you don’t know, their face is new to you, and they’re totally unfamiliar. When you experience something you have never encountered before, it’s new and unfamiliar to you. Your responses to these new people, things and events depend on how you receive and perceive them.

Adolescence is completely new and unfamiliar to everyone who has not gone through it yet. This stage is like a newly unlocked level in a video game. You won’t know what it’s all about until you’re already in it. What’s certain is that this period of life is hugely different from the years before it, namely infancy and childhood. Teenage years are the period of manifold changes in one’s life.

Also Read :   5 Signs You're In An Unhealthy Relationship 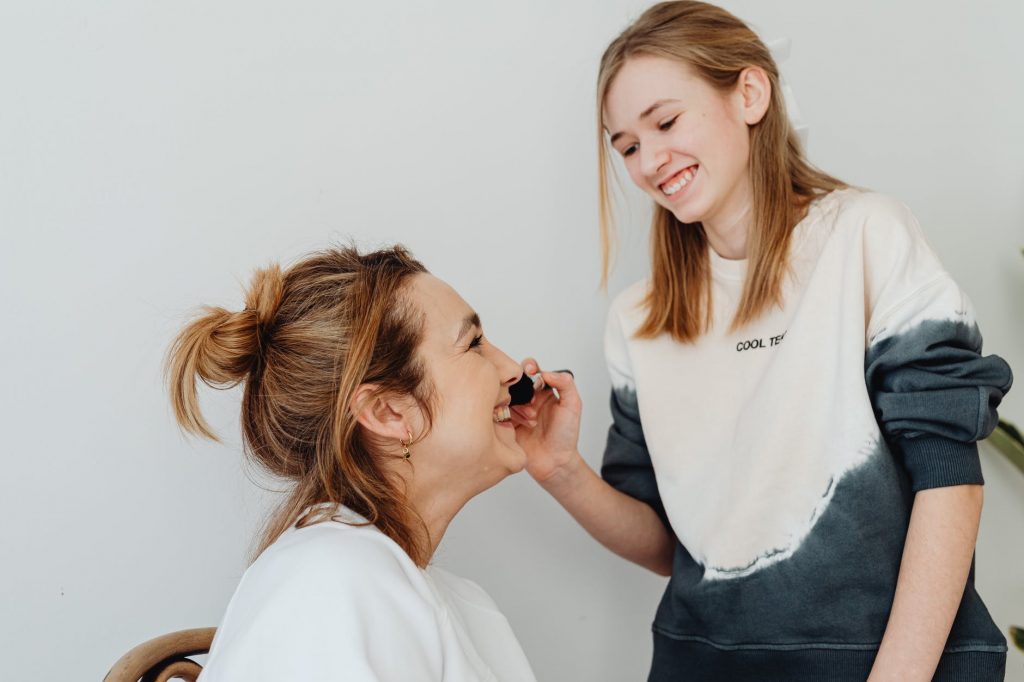 Puberty is the determinative aspect of this stage. Children experience physical, mental and emotional changes, reproductive and sexual maturity, and more puberty-related changes. Note that some children are early bloomers, encountering these even before they exactly  reach teens.

More often than not, kids welcoming puberty get overwhelmed and scared whenever they see these changes visibly manifesting from their bodies. They get startled. They don’t know what to do. Some also don’t amply understand why they’re experiencing these things. It’s the parents’ job to inform, teach and help them regarding these aspects.

Definitely, having healthy relationships with them is a must because these youngsters need enlightenment. They need their parents, who know them the most, to make them aware about this life stage which their parents also went through. In that way, they can comprehend the changes brought about by adolescence and respond to and grow with them better.

2 – They need support. Teenage years are a time of complex emotions 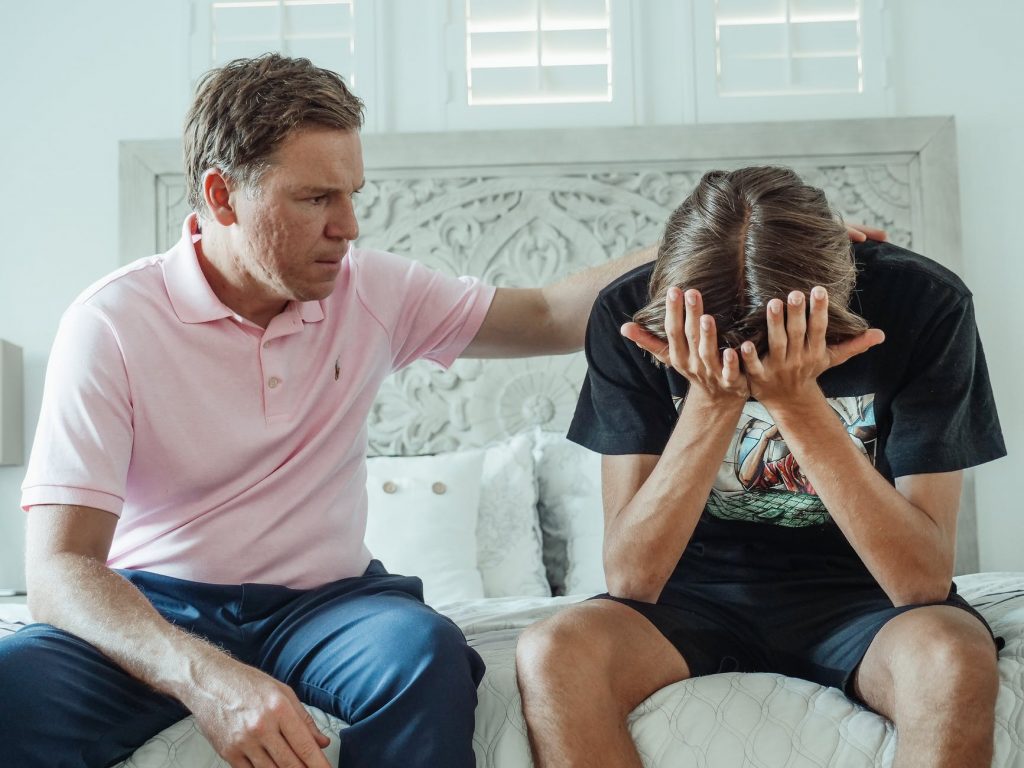 As mentioned previously, one of the changes that children experience when they reach their teenage years are emotional changes. This is the time when their emotions, feelings and thoughts are being unravelled by them and by life. While children learn of independence, they also face events that bring out various emotions from them.

Sadly, this is usually overlooked, but the teenager phase is quite stressful and complicated. School loads and standards are burdensome. Expectations from the family and from the society are high. Pressures present all around are tough. Dilemmas and decisions are difficult.  Problems exist too.

Teenage years are a time of complex emotions, so they absolutely need their parents’ loving support. These children need a firm emotional foundation where they feel secure and comforted. When life gets hard, they need a shoulder to lean on or cry on. Teenagers need their parents’ hug and assurance that all will be fine. They need their parents’ support more than anyone else’s, so they will be coached into properly managing all these emotions that every teenager meets.

3 – They need focus. Teenagers are at a decisive school age 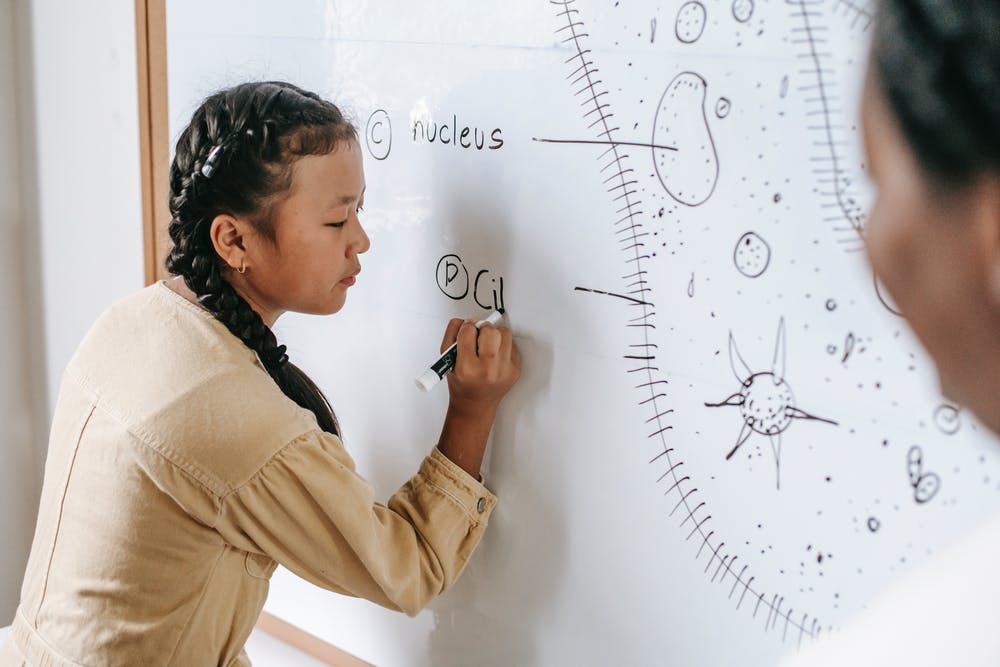 For parents, quality education is one of the most priceless gifts that they can give their children. Some even consider it as the most priceless of all. That’s because sending your kids to a good school, with the aim of having them educated in the best ways, is never easy. It’s really expensive. Guiding the kids to study at home is another challenge. To boost, schooling ends only when they graduate college.

Also Read :   Mother's Day: Why Massage Chair Can Be A Perfect Gift To Your Mom?

Healthy relationships with parents are important for teenagers because they need a reminder to focus on their studies. Teenage years are filled with distractions and diversions. Sometimes, even responsible students get hugely absorbed by other things besides their studies, such as video games, television and other entertainment. Leisure is necessary, but too much is not. Parents, it’s your job to encourage your teens to concentrate on and prioritize their studies. Breaks and relaxation are needed, but discipline is a must.

Teenagers are at a decisive school age — high school and college. A lot of their activities and results from these academic years have an effect on their following school years and after-school pursuits.

4 – Some need defense. Bullying is a serious issue faced by teenagers.

Teenagers aren’t exempted from societal issues. Actually, they are targets of one of the gravest of these, which is bullying. This is a global problem, and it’s a tremendous heartbreak when your child becomes a victim of it.

What makes bullying worse is that a lot of kids being bullied don’t tell it to their parents. They just endure the hardships caused by their bullies because they’re afraid that the culprits will bully them even more. For some, they keep it a secret because they’re afraid that their parents won’t understand them, rather they will blame them and get angry at them. Some don’t feel comfortable and trusting towards their parents, too, so they don’t share about them being bullied in school. Some lack communication. 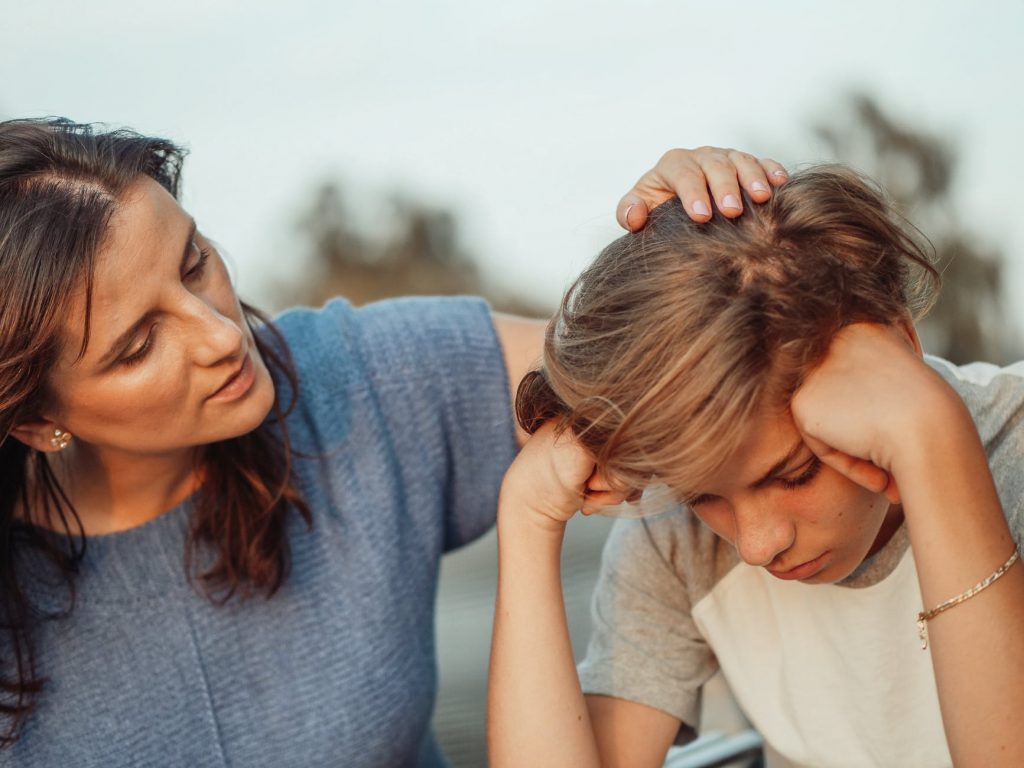 When bullied kids hide this truth from their parents, it’s sad and dangerous because they won’t be helped as they should be helped. Healthy relationships with your children won’t let this happen because they involve open communication, honest conversations and non-judgemental listening and counseling. When you have these, your kids know that they can count on you, so they won’t hesitate to tell you in case they’re being bullied. Consequently, you can defend your teens who are experiencing this serious issue.

Remember, as parents, there’s always something you can do to protect or save your teenagers from bullying and its effects. There are counselors, psychotherapists and other mental and emotional health professionals to consult. When things get unbearable and unforgivable for you and for your teens, know that there are family lawyers and child protection programs ready to help.

5 – They need guidance. Teenagers tend to be influenced by social media and by friends 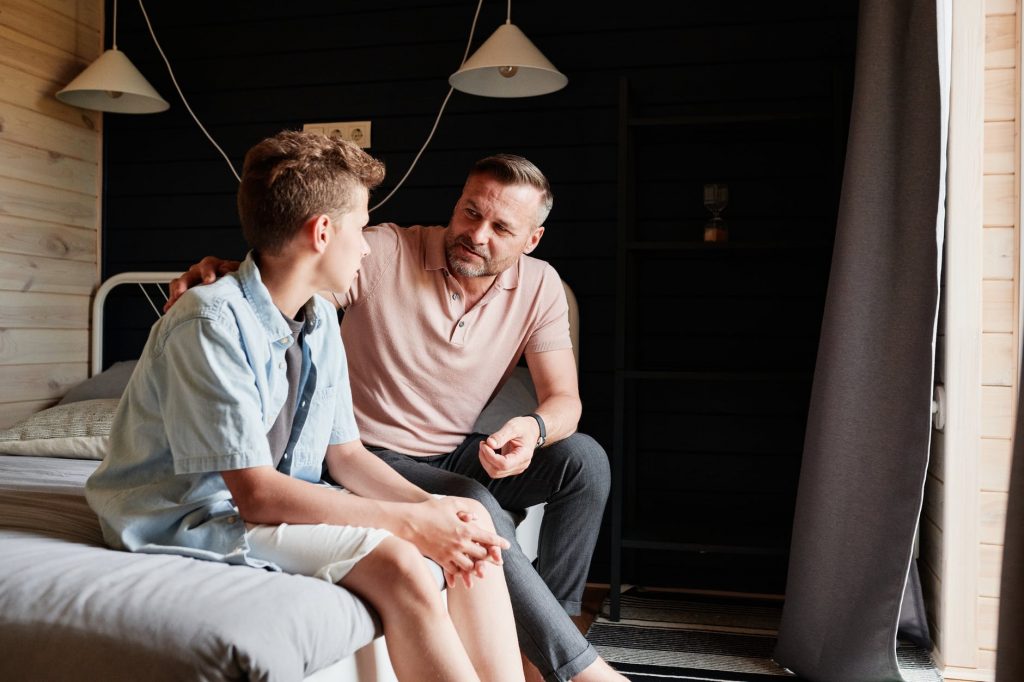 Social media is powerful — so powerful that it can alter people’s perspectives on things and modify emotions in a flash. It’s beneficial in many ways, but too much and wrong usage make social media somehow disadvantageous too.

Your teenagers are astronomically exposed to social media, and it’s not just because of school. Know that not everything online is right and appropriate to their age. When you have a healthy relationship with your children, you can guide them well, so they won’t be negatively influenced by unsuitable things they see or hear.

Also Read :   Why Flower Delivery is the Best Gift for Your Loved Ones

The same applies to the influences they acquire from people outside your family, such as their friends and classmates. Teenagers spend most of their time in school or with their friends, so these relational groups tend to reshape their personalities, attitudes and mindsets. There would be no problem if the influences are all positive, but that’s not the case, so healthy relationships with parents are needed by teens, so they can be led to determining and choosing the right connections.

6 – They need discipline. Teenage years are reckless years for some 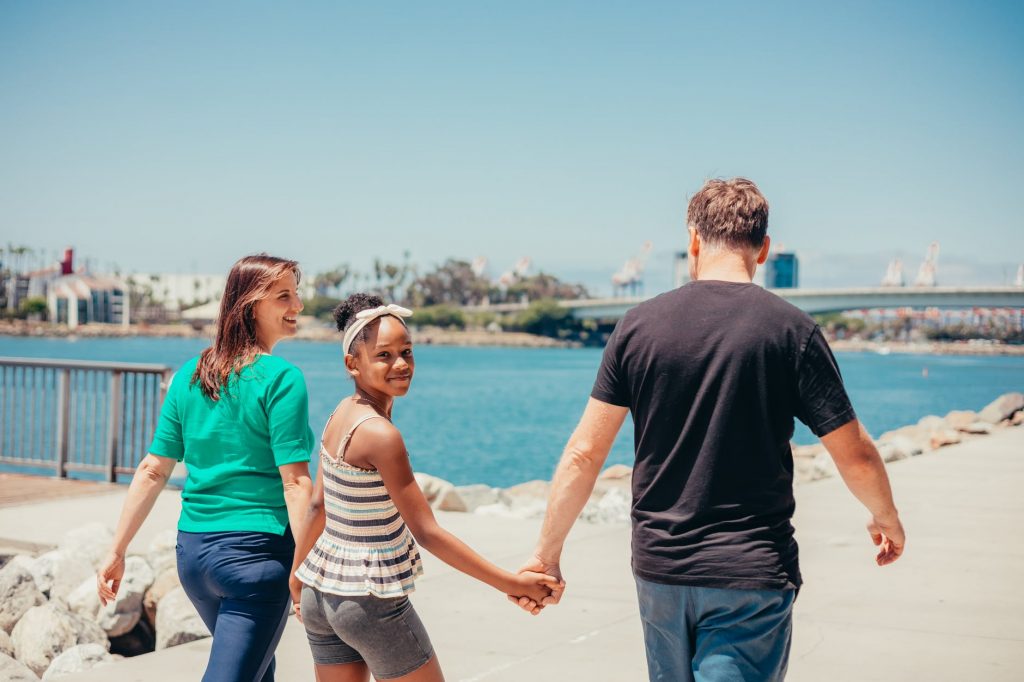 Working hand-in-hand with guidance, discipline from parents to adolescents is essential because teenage years are reckless years for some. Since they want to try this and that and know what’s up here and there, some teens become thrill-seeking and rash. This then leads to a number of mistakes and mishaps.

When you and your kids are in a healthy relationship, you can instill correct discipline in them. Even without supervision, they have self-control, integrity and good behavior. Healthy parent-child relationships can reduce and prevent terrible teenage demeanor and decisions. These teens won’t be involved in vices that will ruin their lives, such as alcoholism and drug use, and won’t suffer the consequences of unwanted teenage pregnancy.

Being the basic unit of society, the family is an individual’s first and main camp and name. Disappointingly, some people think that parents become less important and less necessary to their kids while they grow up and become teenagers. Don’t be like these people! Your teen needs you so much. Actually, your children need you and a healthy relationship with you regardless of whether they’re 5, 15, 25 or older.

It’s unavoidable that parent-child relationships change when kids reach adolescence, however, that doesn’t make parents less of a parent and children less of a child to their parents. Teenage years are colorful but also challenging. They’re fun and exciting but complicated and confusing. Good relationships with your teenagers is one of the things that will get them through and make them good adults soon. 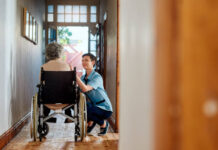 When should someone with dementia go into a care home 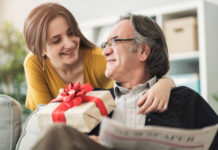 A Gift That Will Make Dad’s Day Bright 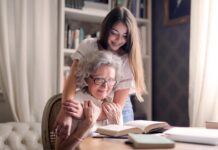 CO – Toxic Gas That Is Present All Around Us

Menstruation during the pandemic: A period speculation

Awesome Places To Visit In Udaipur In 2 Days