One of the most important values in today’s society is the environment. We need to think about our impacts on the earth before it’s too late and we are left with nothing to live for. There is no better way to do this than by reducing your carbon footprint, which can be done by choosing renewable energy sources such as solar or wind power. Renewable energy is one of the best ways to reduce your carbon footprint while also producing enough power to provide electricity for your household and community. In a world where the population is continuing to grow, switching over to renewable energy will be essential in order to save the earth from irreversible damage.

Renewable energy is a growing industry that has the potential to help us reduce our dependence on fossil fuels and climate change. Solar, wind, and hydropower are all sources of renewable energy that can be used to produce electricity.

Renewable energy is an important part of our transition to a sustainable future. It’s cleaner than fossil fuels, helps reduce greenhouse gas emissions, and provides a reliable source of energy.

Renewable energy is growing in popularity around the world. In 2017, renewable energy accounted for more than half of all new installed capacity worldwide. This growth shows no signs of slowing down – in fact, it looks like renewables will continue to play an important role in the global energy mix for years to come.

What Is Renewable Energy?

Renewable energy is energy that comes from natural resources that can be constantly regenerated. Renewable sources of energy include: solar, wind, hydro, geothermal and biomass.

Renewable energy has the potential to play a significant role in the world’s future energy needs. In fact, according to the International Energy Agency, by 2035, renewable energy will account for almost half of the world’s total installed capacity.

Also Read :   Guest Blogging Services And How They Can Make Your Business Flourish

Renewable energy comes in a variety of forms, and each has its own advantages. Solar energy is the most common type of renewable energy, and it is becoming increasingly affordable. Wind power is also becoming more popular, as it’s becoming less expensive to install and maintain. The downside to both solar and wind power is that they are not always reliable sources of energy. Geothermal energy is a type of renewable energy that uses the earth’s heat to generate electricity. This technology is still relatively new, so there isn’t much information about its long-term viability.

How Does Renewable Energy Work?

Renewable energy sources, such as solar and wind, are becoming more popular because they don’t produce harmful emissions that contribute to climate change. Renewable energy works by converting sunlight or wind into usable energy. Solar energy is collected by using photovoltaic cells to turn sunlight into electricity which can be used to power homes or businesses. Wind turbines use the wind to turn a blade that creates electricity.

The Power of Reformation

Renewable Energy is on the rise and so is the demand for reform in the way we use it. Despite this, renewables have some major hurdles to overcome before they can truly be considered a reliable and sustainable power source.

One of the biggest challenges renewables face is that they are intermittent. This means that they can sometimes provide power when needed, but they also have periods of inactivity. For example, solar panels only generate power during the day and wind turbines only generate power when the wind is blowing. This makes renewables difficult to integrate into our current energy grid because they cannot always be counted on to provide consistent and reliable power.

Another issue facing renewables is cost. They are generally more expensive than traditional sources of energy, such as coal or gas. This makes them less attractive for large scale adoption. However, small scale adoption is beginning to change this trend as renewable technology becomes more affordable. For example, solar panels have become much more affordable over the past few years, making them an increasingly viable option for homeowners and businesses.

Renewable energy is the future, and gas turbines are at the forefront of this transformative technology. Industrial gas turbines have been around for more than 150 years, and their popularity is only increasing due to their potential as a clean and efficient source of power. Gas turbines can be used to generate electricity from a variety of sources, including coal, natural gas, and oil. They have the potential to provide significant amounts of renewable energy for communities across the United States.

One of the biggest benefits of gas turbines is their ability to produce large amounts of power quickly. This makes them ideal for applications such as hospitals and commercial buildings that need reliable and consistent power supplies. Gas turbines also tend to be more efficient than other types of renewable energy generators, which means they are able to produce less energy but still provide a beneficial impact on the environment.

The widespread use of gas turbines can have a positive impact on the economy as well as the environment. They are relatively low-cost compared to other forms of renewable energy, which means they can be used in a wide range of applications without requiring subsidies or tax breaks.

Renewable energy is booming and it’s only going to get better. This article will explore the many benefits renewable energy has to offer and why you should consider investing in this amazing technology. Solar panels are one of the most popular forms of renewable energy, and for good reason. They’re affordable, efficient, and super reliable. Here are just a few of the benefits of solar panels:

They’re Affordable: Solar panels are some of the most affordable types of renewable energy out there. They typically cost around $3 per watt, which is a fraction of the cost of other types of energy sources like coal or gas.

Solar panels are some of the most affordable types of renewable energy out there. They typically cost around $3 per watt, which is a fraction of the cost of other types of energy sources like coal or gas. They’re Efficient: Solar panels are incredibly efficient at converting sunlight into electricity. In fact, they can generate up to three times as much electricity as a traditional lightbulb!

Solar panels are incredibly efficient at converting sunlight into electricity. In fact, they can generate up to three times as much electricity as a traditional lightbulb!

Wind turbines have come a long way since their inception in the early 1800s. Today, wind turbines are some of the most common and efficient renewable energy sources available, and they are becoming more affordable all the time. What is one of the main benefits of using wind power?

Wind turbines generate electricity without the need for water or land resources, which makes them a very environmentally friendly option. Additionally, wind power is reliable and can be generated anywhere there is enough wind to turn blades. What is one of the biggest challenges facing wind power?

There are a number of challenges facing wind power, but two of the most important are variability and intermittency. Wind turbines generate electricity only when the winds are blowing strong enough, which means that they can be unreliable during times of high demand or during periods of weather volatility. In addition, weather conditions can change quickly and unexpectedly, meaning that wind turbines may not be able to generate electricity when needed most. How does this affect renewable energy adoption?

Renewable energy is a growing industry that is revolutionizing the way we use energy. Some of the more popular forms of renewable energy include solar, wind, hydroelectric power, and geothermal power. Geothermal power plants are unique because they use the earth’s heat to generate electricity.

The potential for geothermal power has been recognized for many years, but it has only recently begun to be used in large scale projects. One of the main reasons for this is the high cost of drilling into the earth’s heat resources. However, prices for geothermal energy have fallen significantly in recent years and this has led to a growing number of geothermal projects being completed. One of the most recent projects to be completed was the Geyser Valley Geothermal Power Plant in California. This plant was able to generate enough electricity to supply approximately 150,000 homes with clean energy. 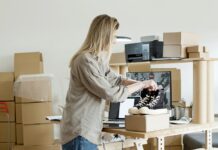 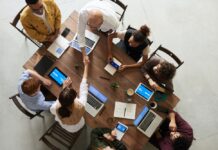 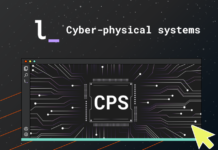 What Is A Cyber-Physical System?

7 Things You MUST Know About Email Compliance And Efforts

Interesting Factoids I Bet You Never Knew About Solo Travel

Got a Pending Building Project? How to Complete It With Ease