India, as a nation, is fortunate to be blessed with many sports personalities. We have so many iconic sports persons who have not only performed exemplaryly on the international sports forum but have also been inspiring as human beings and citizens. But it is not easy to be a successful sports personality; it takes a lot of strength and years of devotion to undertake a journey and can be fraught with struggle.

One such incredible and feisty sporting personality in India is described in Mary Kom’s biography. Mary Kom, an iconic figure in Indian sports, has earned the recognition of being one of the highly recognised boxers in the world to have achieved incredible heights of excellence.

Mary Kom was born in a poor family in North-East India. Her family was too poor to provide her with proper education, and as a result, it was not a cakewalk for her to become one of the best internationally acclaimed boxers that she is today.

When she decided to pursue a career as a boxer, there were innumerable difficulties to destroy her dream. But what she had in abundance was her immense willpower and fighting spirit that she counted on and helped her move forward. From amateur boxing personnel in 2000 to representing India in the world boxing championship (she broke world boxing records six times), Mary Kom is a symbol of inspiration for all of us, and most certainly, for women aspirants. If you have watched the film “Mary Kom” starring Priyanka Chopra then you must already be acquainted with the struggles and stories of this legend. The film has portrayed very beautifully the whole gamut of challenges that can easily sway one who is wanting in determination but not certainly one who has completed and absolute faith in herself.

Have you read Mary Kom’s biography? If not, get yourself a copy of the book and unlock her stories of struggles and success. Despite being born into a poor family that could hardly afford the resources that she needed to establish her career, she did not resign to her fate or grow up into a complainer. Instead, she built her inner strength and sought opportunities wherever she found them and made the most of both. This should be a lesson for all of us, as we often find it easier to resign to presenting excuses for not having opportunities, instead of striving further.

Mary Kom disagrees with the notion wherein people tend to often assume that great sports personalities are born with the inherent talent to excel. According to her, the actual truth is, be it in sports or any other profession, it is only persistence and hard work that can help one reach one’s goals. For those who are keen to form a career in their chosen sport, Mary Kom advises them to prioritize regular practice, until the act of practice becomes a habit and they no longer have to urge themselves to continue to persist.

The bottom line is, that often when we aspire for something exceptional, the route to materializing the same can be difficult, especially if the aspirant does not have the means to make it happen. But human beings, rich or poor, are attributed with inner resources, such as the strength of mind and physical labor, and it is these resources that we need to count on to make dreams happen. This can be such a great lesson for all of us.

Also Read :   How has Esports Developed This Fast in the Last 5 Years?

Nothing Can Stop You

On the path to reaching your goal, there will be numerous hurdles. From circumstantial, societal, to personal, you will be challenged by more than one reason and more than one person. But you must train your mind to overlook the hassles and continue to concentrate on your goal. No one can derail you from your set goal if you are self-motivated and don’t give up on yourself. March forward, come what may.

Failure should not bother you when you have your eyes on the goal. In her own words, age is not a matter of concern as long as you are willing to fight. Despite being a mother of two children, she continues to dream of a bigger feat and maintain her winning streak.

The fact that society is harsh, especially on women, and continues to associate women with the notions of talent and profession that are rather easy and comfortable, is nothing new to us. But to be the future May Kom, we need to rise above these struggles through self-belief and ambition. We can make our dreams come true and continue to break down male bastions one after another through self-belief. 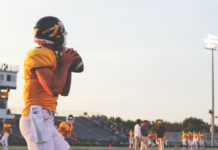 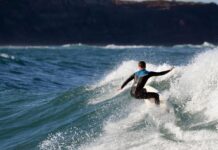 3 Tips That Make Getting Up On A Surfboard Way Easier 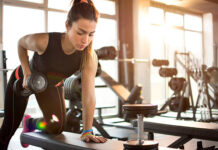 5 Reasons Why Women Should Wear Sports Bra During Workouts

How Are Guest Posting Packages Helpful To Create Best Content?

How To Deal With A Car Accident

How to Stay Productive During a Busy Week

How To Find The Right Medicaid and Medicare Consulting Company

5 Ways Your Demolition Site Can Be Eco-Friendly