Water leaks are something that every homeowner wants to avoid if possible. Brown water or rusty leaks protruding from your showerhead or tap can be quite a terrifying sight if you are not prepared.

Water leaks can be caused by many factors, including utility company activity in your area, mineral buildup within your pipes, and copper pipes that have become corroded over time.

Here, we will discuss pinhole leaks in copper pipes and how to best deal with them.

What Exactly is a Pinhole Leak?

Pinhole leaks are very small in diameter. They tend only to release a few drops of water at a time, and you may not notice them at first. They are similar to a dripping faucet in the sense that it does not seem like much water is being wasted.

However, over time, you will end up wasting thousands of gallons of water unless the issue is swiftly fixed. The interior of your copper pipes will begin to rust over the months and years.

Having your pipes inspected by a plumber will ensure that any corrosion issues can be rectified before they become serious.

What Causes a Pinhole Leak in Copper Pipes?

Fittings should also be spaced out to reduce the risk of turbulence that can cause pinhole leaks. Furthermore, elevated chlorine levels in your water supply can also lead to pinhole leaks if not treated in time.

Rusty water heaters are also known to contribute to pinhole leaks in your copper pipes. A high pH level may also serve as the source of your pinhole leaks, as could microbial activity in your plumbing.

Some chemical factors in the water and soil may also cause a pinhole leak in your copper pipes.

What are the Common Symptoms of a Pinhole Leak in a Copper Pipe?

If you notice that your water bill is higher than usual, then you may want to call a plumber to investigate the matter. Damage to your basement may also be caused by a pinhole leak and should be looked into as soon as possible.

In addition, low water pressure can also be caused by a pinhole leak, and the sound of dripping water is also something not to take lightly. You may also notice the growth of mildew and mould on your walls, which can be very hazardous to your health.

Pipe discoloration and condensation are also telltale signs that something is amiss. The copper pipe that connects to your underground water supply system is vulnerable to pinhole leaks. An underground drainage leak may start small but will quickly grow if not repaired quickly.

How to Fix and Prevent Pinhole Leaks in Copper Pipes

Modern copper pipes are designed to last for about two decades. However, pinhole leaks can drastically reduce the lifespan of your copper pipes. The best way to deal with a pinhole leak is via a process known as “sweating.”

Sweating involves the soldering of your copper pipes. Your copper pipes may need to be replaced if the damage is significant. Installing a water softener may help prevent pinhole leaks in the future.

Next, dry the new openings and stuff the sides with some cotton rags so that you won’t have to worry about them getting wet. When you are ready to start soldering, remove the rags.

At this point, you will need to carefully measure the gap that was made by extracting the damaged component with your measuring tape.

Next, measure and cut a replacement component of pipe that’s an inch longer than the gap’s measurement and smoothen out the edges using your wire-fitting brush. The cut sections of the affixed pipe will also need to be smoothened and cleaned.

Proceed to slide the replacement copper pipe over each end of the pipe that remains. You also need to make sure that roughly half an inch of the replacement will fit over the former section.

Solder your new joint until a sufficient amount of the wire melts into the opening.

Once you have filled it, you should turn on your water. Assess your work to determine if the sweating process was a complete success. If there are still issues, you may need to call a licensed and bonded plumber to treat your pinhole leaks.

Nipping it in the Bud

Pinhole leaks in copper pipes are far more common than people think. They are also a very serious problem that can cost homeowners thousands of dollars in damages and repair costs.

A whole-house water filter may help prevent pinhole leaks from occuring in the future. If the protective coating is not applied properly, then it may lead to a pinhole leak. Localized damage may also be the source of the problem.

Nonmetallic inclusions and other non-uniformities in the metallic structure of the integrant may also cause the issue. Modern copper pipes are typically coated with an oxide film. However, they may become damaged due to mechanical factors or chemical agents.

The ideal way to quickly determine if you are dealing with a pinhole leak is to turn off the water and then look at your water meter. If you notice that the meter is still in motion, then the issue is likely a pinhole leak.

If you suspect that you are dealing with a pinhole leak, then you can use the aforementioned step-by-step guide to try and fix it yourself. However, we would strongly recommend that you call a plumber to ensure success. 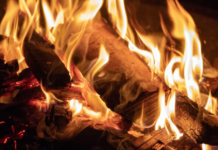 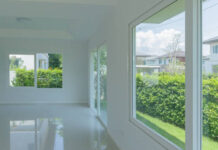 How Fiberglass Insulation Can Save You Money 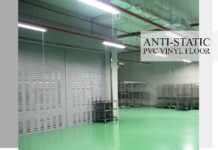 Why do you need a bigger garage space ?