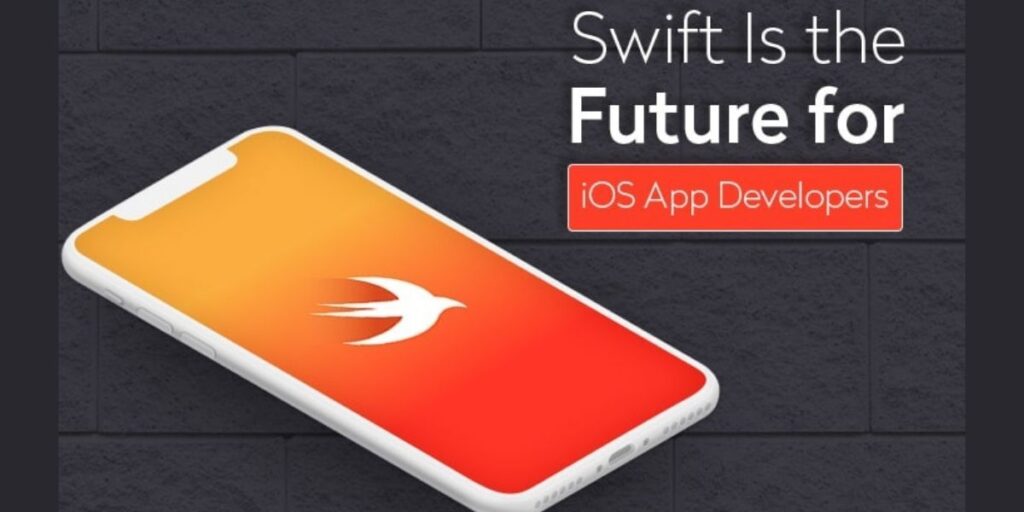 Build Your iOS Application with Swift

No doubt, Swift is receiving appreciations from companies and developers. Swift is gaining popularity day by day in the market. Therefore, it has become an ideal programming language among developers. The purpose of launching it to support Apple’s products. As a result, Apple introduces it for developing iOS, Mac, Apple Tv, and watches. With the ever-changing market and technology. We have seen the massive change, or we can say upgrading’s in this language. Swift launches multiple updated versions. On the other hand, the latest versions are enjoying the market share. Versions 5.2 and 5.1 are the most popular.

These two latest versions of swift have made the programming language more functional, easier, and vital for app developers. As a result, Swift becomes the most interacting iOS app development language. The latest swift versions are becoming more popular and the trendsetter in the market. On the other hand, in the mobile app development sector, Swift is winning the hearts of developers and companies.

A successful and well-known company or individual always goes for the best. Therefore, if you run a business or think of a startup and want to develop your app, Swift will be the best option. As a result, you will get the top and best quality app. In addition, you will also enjoy all other advantages. On the other hand, it will enable you to develop the advance full of features, most interacting, and secure app. Swift also allows you to create a fully customized app with advanced and new technology.

Numerous prominent companies or brands rely on the Swift programming language. You can picture Swift’s success now. But first, we have to understand that what is Swift?

What Is Swift? An Overview

Swift is easy to understand, use, and it is simple to read. It has changed the entire way of the app development process. Things that are happening now in development that weren’t expected or possible before Swift. However, before the launching of Swift, most of the apps were created by Objective-C. It is the most time-consuming and complex process. Swift have brought countless advantages for the developers. Moreover, it allows the developers to develop apps fast, secure, and offer the best user interface.

Swift is a programming language developed by Apple in 2014 for iOS, iPad, macOS, TVs, watches, and Linux apps. However, it wasn’t that popular when Apple agreed to make it an open-source language. To increase acceptance. The Apple App Store now has 2.09 million applications are available for download. Airbnb, Facebook, Linked In, Lyft, Slack, and Uber are among them.

Lyft is an example that was recreated with Swift from Objective-C. Lyft’s initial version had more than 74,000 lines of code. However, by switching to Swift, the company could replicate the app with the same features.

So, in this write-up, we will learn about the benefits of Swift. Here are some reasons and benefits that app developers prefer Swift more over the other platforms.

As we discussed above, before the launch of Swift, developers were using Objective-C language for writing codes. Similarly, now Swift code can be used with Objective-C files in a similar project. On the other hand, since it makes the Objective-C Application Programming Interface (API) easier to use and run, it provides full access.

From the beginning, Swift has become the most condensed technology. With high-performance, low-level virtual machine compiler technology, it was developed to be quicker and more reliable. By converting Swift code to native code, you can take advantage of modern and new hardware.

Designed to Ensure Your Safety and Security

One of Swift’s most important preferences is the exclusion of complete classes of unsafe or insecure code. To protect against programming errors, multiple factors are added before arrays, and integer numbers are tested for excess, memory is retained, and exclusive access is imposed.

Swift is designed to be the first programming language to introduce advanced and innovative features and functionalities that will broaden the scope of programming. You can learn more about the language and seek a career in it if you are a dedicated iOS app developer.

To use the latest version of the compiler with the latest Swift version, you don’t need to modify your previous Swift version code. Otherwise, you can start using the newest compiler and work your way through it at your speed, using all of Swift’s latest features one module at a time. Furthermore, the most recent update of Swift offers an exact match for applications.

First created by Apple, it changes to open-source technology. Classes and libraries in source code, an error finder, mediums, and daily base development for all. Moreover, all will get benefit from it.

The Read-Eval-Print-Loop and Playgrounds

Swift playgrounds in XCode and playgrounds for iPad allow the Swift app development process to interact and powerful. By typing a line of code, you can get immediate results.

Package Manager That Allows You to Manage

Swift Package Manager is a cross-platform application that lets you build, run, evaluate, and package Swift libraries, as well as any file or object that can run quickly. It is the most reliable and robust method of making Swift libraries and source code accessible to the Swift community.

The points that we have discussed are not enough, but they can somewhat help you. If you are concerned and want to develop an app for your business, we will suggest you go with the iOS app development platform as we have discussed multiple advantages of iOS and Swift. The most important thing is to hire the best Swift developer for your app. If you don’t have any idea regarding it, don’t worry, A Software Development Company like Cubix. You can get help from these companies by visiting their websites.

Sparkling white eyes are not only beautiful but also an epitome of a healthy and happy lifestyle. On the other...